I am the only person in my family who has graduated from college. Before law school I didn’t know a single lawyer. To say that I came to law school with a romantic vision of what it meant to be a lawyer and nothing else would be an understatement. With that context in mind, as a first year student I was like a sponge. I listened to everyone’s suggestions and tried to absorb as much as I could. I took note of the professors to take and the ones to avoid. I listened to advice on which hornbooks were the best, which offers from firms were the most validating, basically all of the do’s and don’t of law school. Looking back, I am grateful for all of the advice, but most importantly, I now realize that the best decision I made was ultimately ignoring about 95% of it.

Here is why – everyone is different and public service is especially different. So as I embark on my last week of classes as a 3L I thought I would share some of the advice I was repeatedly given that I feel was wrong for me. 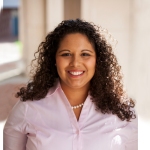 Megan Lisa Watkins is a third year law student from Baltimore, MD.  She graduated from Davidson College in 2010. After Davidson, Megan taught High School Spanish for three years as a Teach For America Corps Member in Charlotte, NC. After graduation, Megan will be working at the Legal Aid Justice Center in Richmond as Powell Fellow. She will provide  direct representation, outreach and community education to enforce the educational rights of youth in the Greater Richmond area who have experienced trauma and are at risk of entering the juvenile justice system. Megan enjoys cooking, traveling, and spending time with her two adorable pups.