Public Service Law is not a field whose boundaries can be cleanly demarcated based on the subject matter addressed, the type of client represented, or the policy positions taken by its practitioners. This much is obvious to members of the public service legal community, which includes prosecutors and defenders, government agencies and nonprofits, client-focused work and impact litigation.

I have noticed two main reasons why the public service community has ignored environmental concerns. The first is that environmentalism has the reputation of being a cause for people who are out of touch with real, urgent problems like oppression, injustice, and poverty. Anyone who thinks he has time to worry about polar bears when people are losing their rights, livelihoods, and lives must be blinded by his privilege at best, and willfully ignorant at worst. I think this is a not-unwarranted, but serious and dangerous mischaracterization of environmentalism. Don’t get me wrong, I like watching nature documentaries and hiking just as much as the next Chaco-wearing hippie, but that’s not why I’m studying environmental law. I consider myself an environmentalist not in spite of or instead of, but because of my commitment to helping combat the oppression, injustice, and suffering experienced by so many of my fellow humans.

What the public service community must realize is that social injustice and environmental injustice often stem from the same sources, have the same consequences, and share the same solutions. The same greed and shortsightedness that wrecked the world’s economy in 2008 is on track to wreck the world’s climate in the coming decades. The consumerist impulse to seek, accumulate, and exploit ever more is just as damaging to the planet as it is to those who struggle to pay their bills and meet their basic needs while the one percent continue amassing wealth. Failing to consider the impact that our lifestyles have on our limited resources is like failing to consider the harm that our words and actions can cause, or the forms of privilege we enjoy, or the oppressive forces present in our culture. Tragedies like Flint, Michigan (which are far too common) highlight the connections between environmental, racial, and economic injustice, and these connections run much deeper than environmentalists or social activists typically acknowledge.

The second reason public service ignores environmentalism is that environmental harms seem attenuated, diffuse, probabilistic, and difficult to quantify or compare to other priorities. The result is that public interest lawyers focus all their efforts on addressing injustices that seem more urgent and directly felt. This problem is compounded by the frequently protracted nature of environmental litigation.

I understand that making environmental concerns a priority involves difficult choices and tradeoffs. My hope is simply that the public service community can come to see the costs on all sides of these tradeoffs with clear eyes. These include not just monetary costs, but ecological and human costs as well. There is no one right way of measuring and prioritizing these costs, but we must acknowledge them and begin to grapple with them.

To my mind, the most accurate and useful way to define public service law is in terms of the community of public service lawyers. We are fortunate to have a thriving public service community here at UVA Law, one small part of which is represented by the Law and Public Service Program. This community would be far stronger and better equipped to serve the public interest if it made environmentalism one of its core features. Of course, the reverse is also true. Environmental lawyers have a lot to learn from the broader public service community, and especially from groups that are in better touch with those experiencing oppression, poverty, and injustice, because this is exactly who environmentalists should strive to serve. 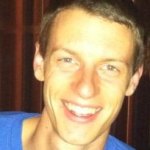 Jim is a 2L from Logan, Utah. He graduated from the University of North Carolina in 2013 with a degree in philosophy. He has done pro bono with Western Resource Advocates in Salt Lake City, Utah and spent the summer of 2016 working for the Southern Environmental Law Center in Birmingham, Alabama. Next summer, he will work for Environmental Defense Fund in Boulder, Colorado. In his spare time, he likes to climb rocks, ride his bike, and cook veggies on the grill.

1 thought on “Why Environmental Law is Public Service Law”