Applying for jobs for my 2L summer, I wanted to get the most experience I could in the courtroom. I had no idea where I would want to end up post-graduation (and still don’t), so I knew it would be best to go somewhere for the summer that would give me impressive bullets on my resume. This goal narrowed down my top choices easily, to the Colorado or Alaska State Public Defender offices. When I got my offer to Alaska, however, I accepted it quickly. There really is no better time to visit Alaska than the summer months, and while the internship is unpaid, the agency pays for your flights (which can be very expensive)!

Office location choice is on a first-come, first-serve basis, and I ended up interning in the Anchorage office. While my experiences are specific to that office, the other offices in Alaska all have similar responsibilities. In some locations, however, all the work takes place entirely over the phone!

Alaska only takes 2L interns, as the work requires having a 3L practice certificate. To qualify for this certificate, you must have completed two years of law school and have taken Evidence and Professional Responsibility (requirements for different states may vary). With this certificate, I was allowed to handle cases unsupervised in District Court, and handle cases with supervision in Circuit Court.

Every day, my two co-interns and I were responsible for handling the in-custody and out-of-custody District Court hearings. These happened in the jail courtroom in the morning and the courthouse only a block away from the office in the afternoon. The hearings were predominantly bail hearings and change of pleas. For each, we had the file from the assigned attorney, and were able to talk to each client for a few minutes beforehand. For bail hearings, this meant getting information about where they would be living and what they would be doing if they were to be released. For change of pleas, it meant going over the plea offer again and making sure pleading guilty is what they wanted to do. It was a truly amazing experience to be able to represent clients, and zealously advocate for their release, less restrictive pretrial conditions, or a fair sentence. By handling various attorneys’ cases for these hearings, I was able to see a wide variety of charged crimes, and learn a lot from their different outcomes.

Each of us were also assigned to an attorney, for which we would handle their misdemeanor caseload. I was able to work with a handful of clients in this respect, and had one case completely resolved while I was there for the summer. I will forever remember my first case, for which I negotiated a plea deal everyone involved was very happy with. I don’t think I could have asked for a better ending than getting a hug from my client and the prosecutor telling me I did a great job.

To round out my amazing in-court experiences, I was able to second-chair a felony robbery trial less than a month into the internship! The attorney on the case and I evenly split up the workload for trial, so I performed half of the voir dire in jury selection, presented the opening statement, and cross-examined three witnesses. While I had some experience and an idea of what it would be like through mock trial and Trial Advocacy, the process of voir dire was entirely new to me and I learned by diving right in! As I go forward into interviews for post-graduate jobs, the work I was able to do this past summer in Alaska makes me much more confident that I know what it takes to be a public defender and that I can do it.

The attorneys in my office were not only zealous advocates of their clients, but extremely fun and helpful people. In the Anchorage office, there are a lot of younger attorneys who invited the interns to do fun things with them. This included camping in the small town of Talkeetna. No need to buy any camping or hiking gear if interning in Alaska though, because each time I planned an excursion I had multiple offers from the attorneys to borrow tents, sleeping bags and pads, bear spray, etc. 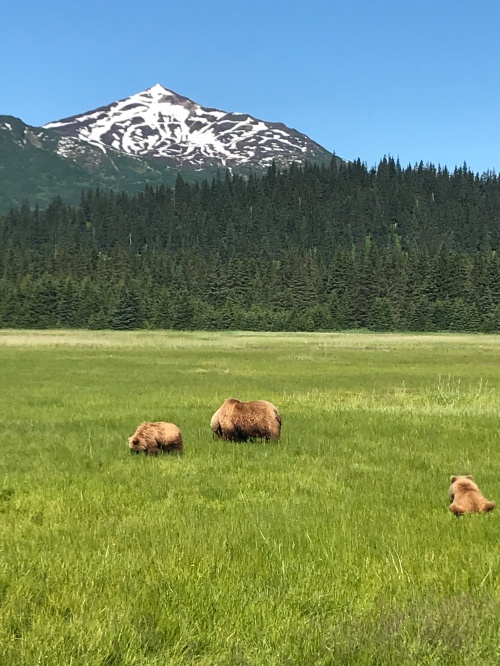 With no darkness over the summer, there is plenty of time on nights and weekends for getting out and enjoying the scenery! I visited three national parks while in Alaska, including driving the five hours north to Denali. However, my top two things I did in Alaska were go on a bear-view flight and hiking Harding Icefield. For the flight, we landed on the beach at Lake Clark and walked right up to a mama bear and her two cubs! After watching them for a while, we flew over a glacier and a volcano on our way back. That day alone I saw seven bears, and another day I almost ran right into a moose on a hike near downtown Anchorage! I was told by a UVA Law alum (who also went to Alaska for his 2L summer), that if I only did one thing in Alaska it should be hiking Harding Icefield. At the start of the hike, there are signs noting how much the glacier has melted in 200 years, and at the top there are breathtaking views of the expansive icefield that is left. Now I aim to pass on the recommendation, because while the hike is 6-8 hours and not easy, it was a day I will never forget. 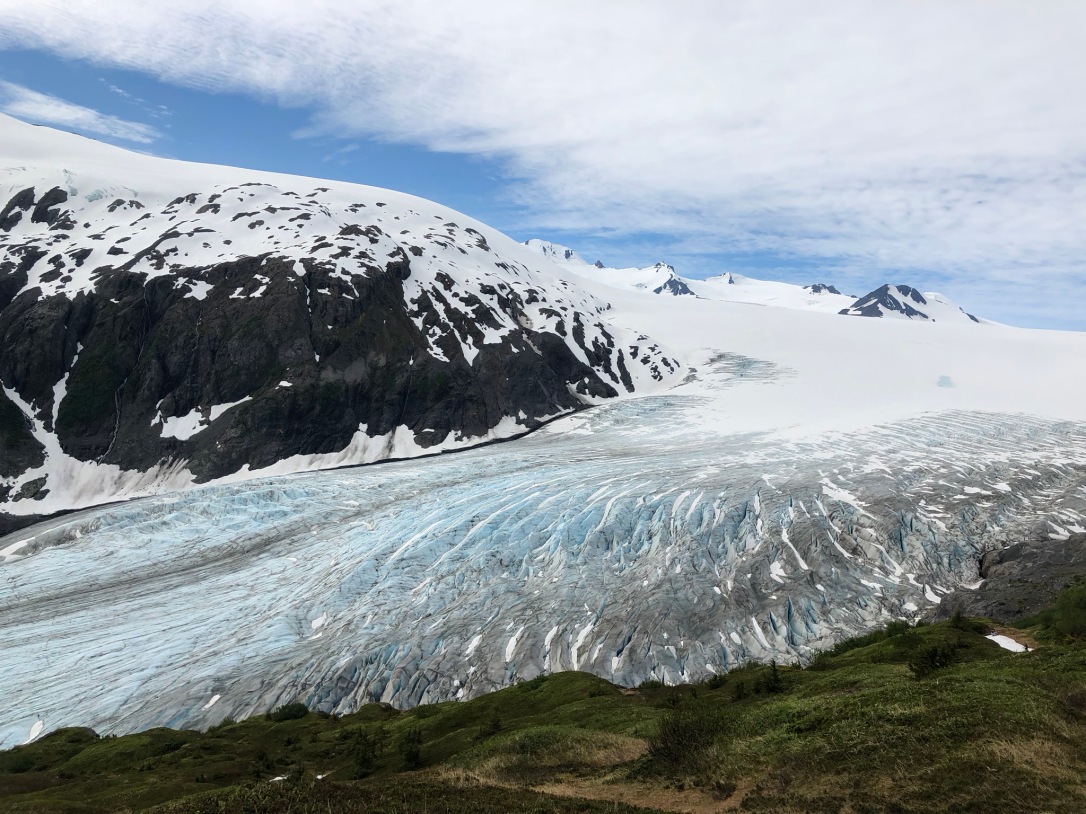 I don’t plan on working in Alaska after graduation, but my summer there made it extremely tempting. I encourage anyone interested in public defense to seriously consider it, as it is an uncommon opportunity to get incredible experience and see and do things you can’t anywhere else in the country.